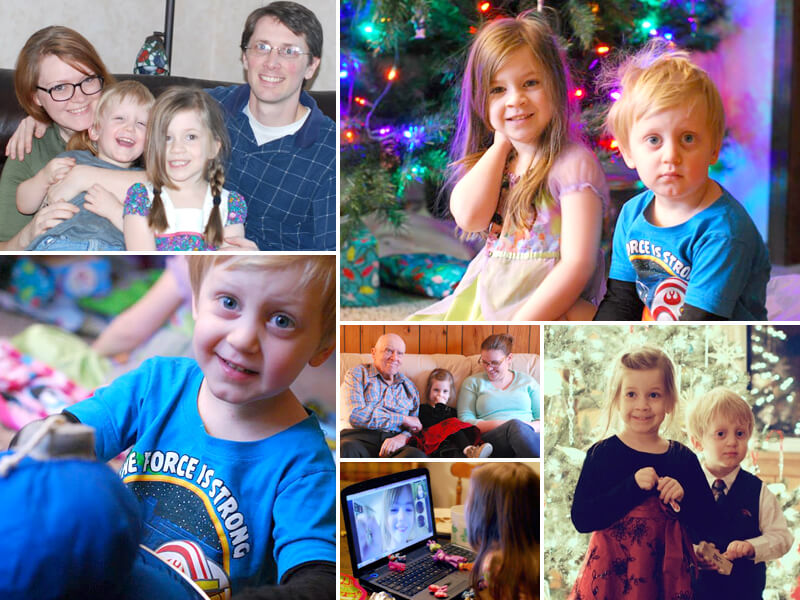 It’s been so long since I’ve sat down and wrote a blog post that I’m drawing a complete blank on where to start! We have had a great couple of very busy weeks around here, between Juniper’s birthday and multiple Christmas celebrations. Our house is covered in random packaging and the kids have been busy enjoying their new toys.

I ALMOST didn’t make a single thing this holiday season. Almost. There was only one gift that Shaun and I made together, a board game for my sister-in-law, and that was going to be it. It was really weird not making a million little handmade gifts, but it was sort of nice at the same time. Of course, on Christmas Eve as I was putting Flynn to bed he told me he wanted Santa to bring him a bomb bag and a boomerang. I just had to make them. I’d meant to do it much much sooner, but got busy. So I spent ALL night Christmas Eve sewing three stuffed bombs. (The boomerang will have to wait for his birthday.) It took forever but the look on his face in the morning was so worth it.

Multiple times throughout the day, Juniper declared this year “the best Christmas ever”! I love how at this age for her, everything is the ‘best thing ever’. She gets SO excited about every little thing. You should have seen her face when I told her my birthday was coming up this Friday. It’s crazy to think yet another year is pretty much over. It’s been a fun one, but I’m looking forward to 2014. I have a feeling it’s going to be the “best year ever”.

One thought on ““The Best Christmas Ever””