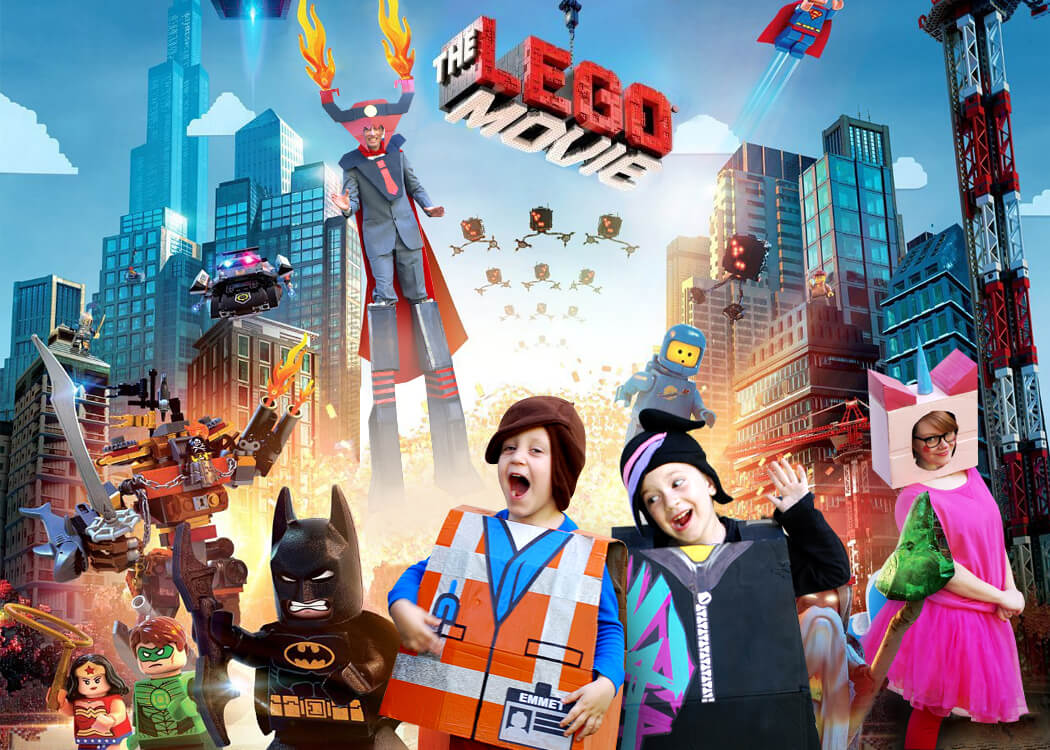 WE HAD SO MUCH FUN WITH OUR HALLOWEEN COSTUMES THIS YEAR!!!! Ok… I might be a little too excited. But it was so fun making these AND wearing them. We went to trunk-or-treat at our church last night and had a blast. Oh my goodness, have I mentioned how fun these costumes are?? I am so excited to go real trick-or-treating next week. Especially because Shaun got the night off work and his Lord Business costume is so stinking awesome. (He made that one all on his own, and I made the other three.) 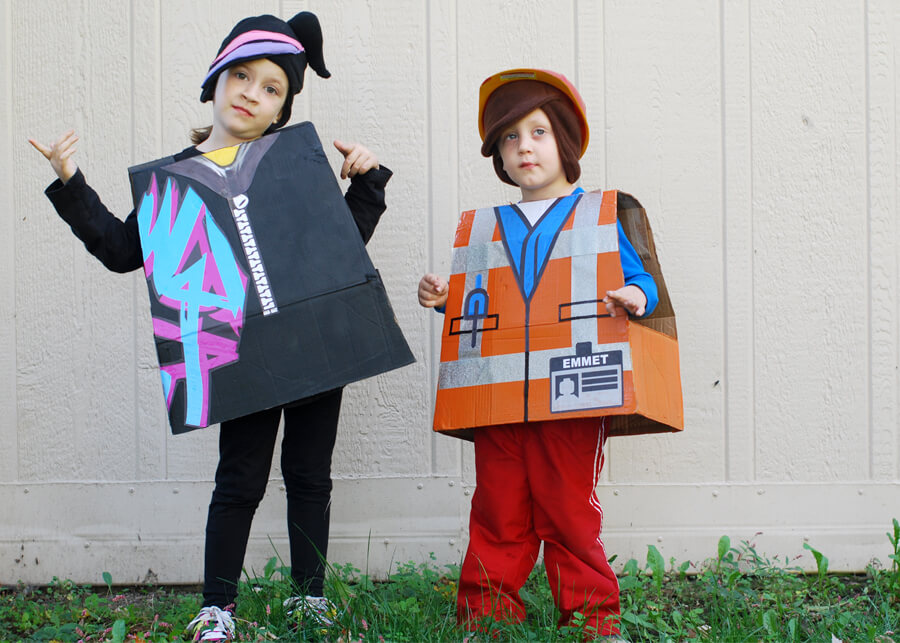 These two kill me… I have no idea where the get their posing inspiration, but they look so hard core in this shot. They crack me up. Alright, on to the details. 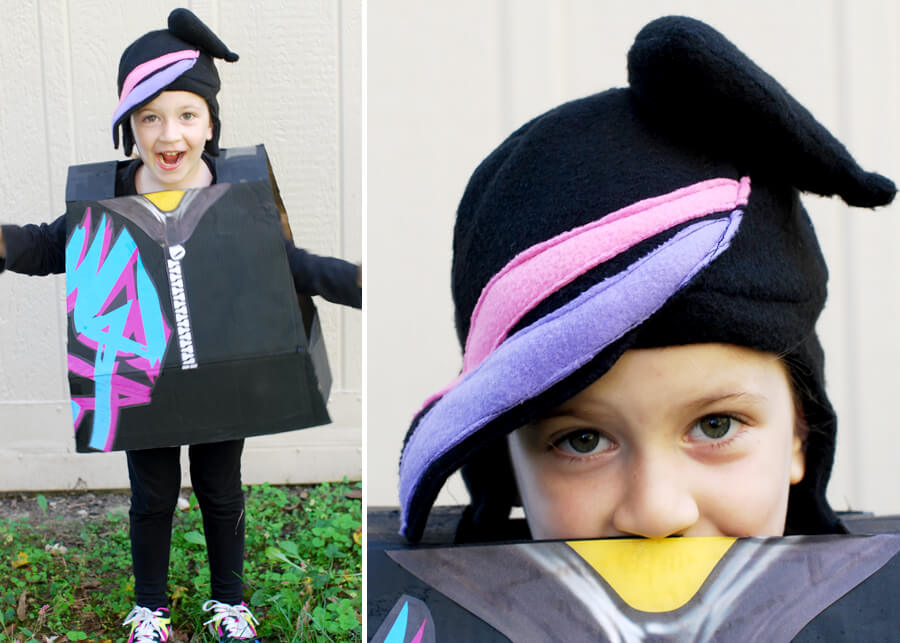 Emmet and Wyldstyle both have nearly identical costumes, just different paint and whatnot. We spray painted the boxes and then glued down printed out details. Flynn’s reflective stripes are sparkly duct tape and I drew on his pockets with a Sharpie. I made their hats using a basic fleece hat pattern with the bangs just sort of stuck on. They are definitely hacked together… but they worked pretty well! And they’ll get used a ton in our dress up box. (They still play with the Ganondorf hat I made last year!) 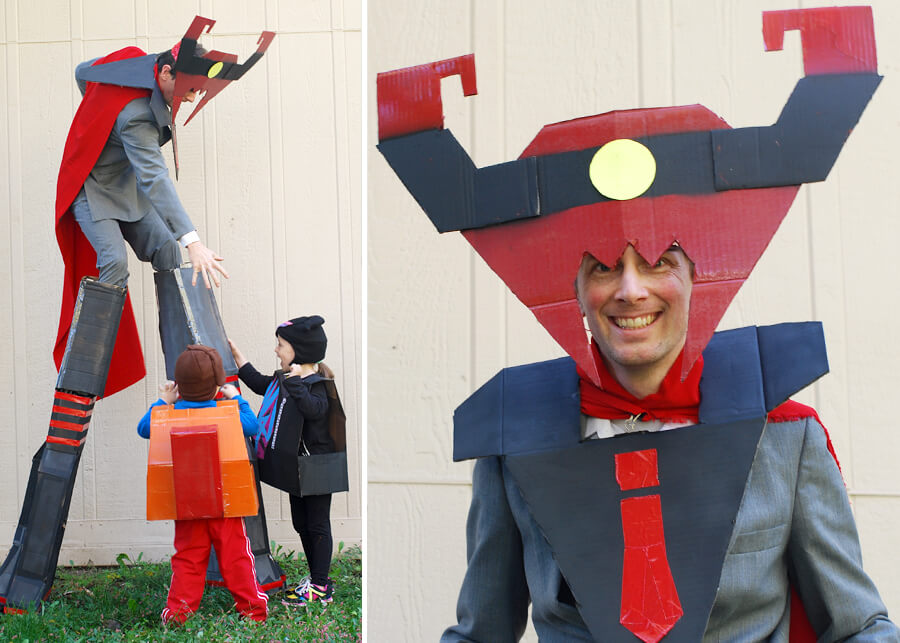 Shaun’s costume definitely wins. How awesome is he?? I love being married to such a geek, who gets just as excited as I do about wearing ridiculous cardboard outfits. And I love watching him play with the kids. Goodness I just love everything about that guy. (I don’t know why he always ends up being the villain in our family costumes)

Also. I’m Princess Unikitty. So the awesomeness of that costume kind of speaks for itself. (It’s really hard to not be incredibly happy when you are dressed as Princess Unikitty. I think I’ll save this costume for when I’m having a bad day, haha!)