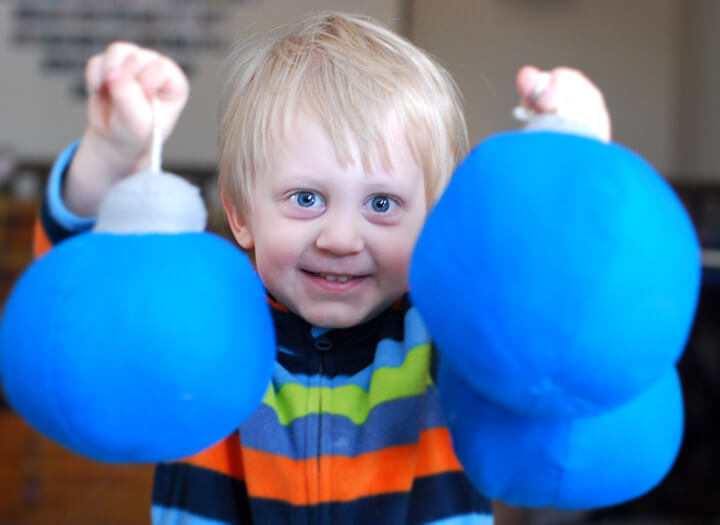 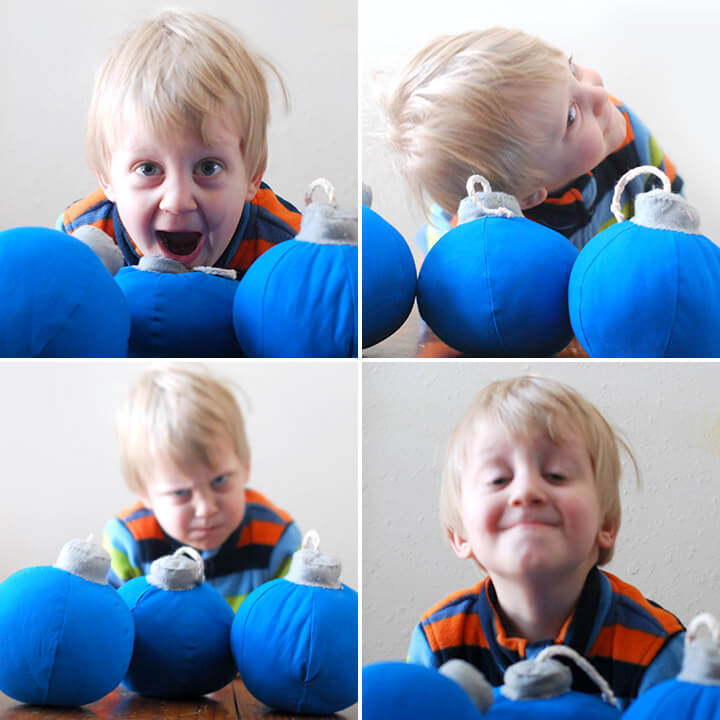 When your sweet tiny Zelda-loving kiddo looks up at you on Christmas Eve and says “I op hoho iv me a bomb bag anna no-nang”, you just have to give in. (You also chuckle inside because that kid speaks his own language! He said he hopes Hoho gives him a bomb bag and a boomerang.)

I’m not going to lie, I absolutely love Flynn’s obsession with Zelda. It’s stinking adorable AND it makes for some fun creative projects. I procrastinated making these stuffed bombs until Christmas Eve. In fact, I was just going to say forget it and make them for his birthday in March, but I couldn’t resist that sweet bedtime wish, and his face on Christmas morning made my late night sewing adventures totally worth it. Flynn LOVES them. Can you tell? I was trying to snap a quick picture this morning, but he insisted on being in the background and he kept making the silliest faces. (I told him to make a ‘doofy face’ and that bottom left picture is what I got, haha! I love him!)

Both him and Juniper are constantly chucking these all over the place and screaming, BOOM! Before, they just threw random objects around the house, so these are definitely nicer. Much softer than random objects, and less random things to clean up.

I should probably start working the rest of Link’s arsenal for Flynn’s birthday in March. I’ll have to make a boomerang for sure, and I was thinking a stick horse version of Epona would be awesome. A nice big stuffed Triforce is also on my to-make list. Yes yes, I know, I am having too much fun with this little boy’s obsession. (I’ll ALSO be making him some Link undies because that is the only thing that has gotten him interested in potty training, hahaha! Well, that and M&Ms.)