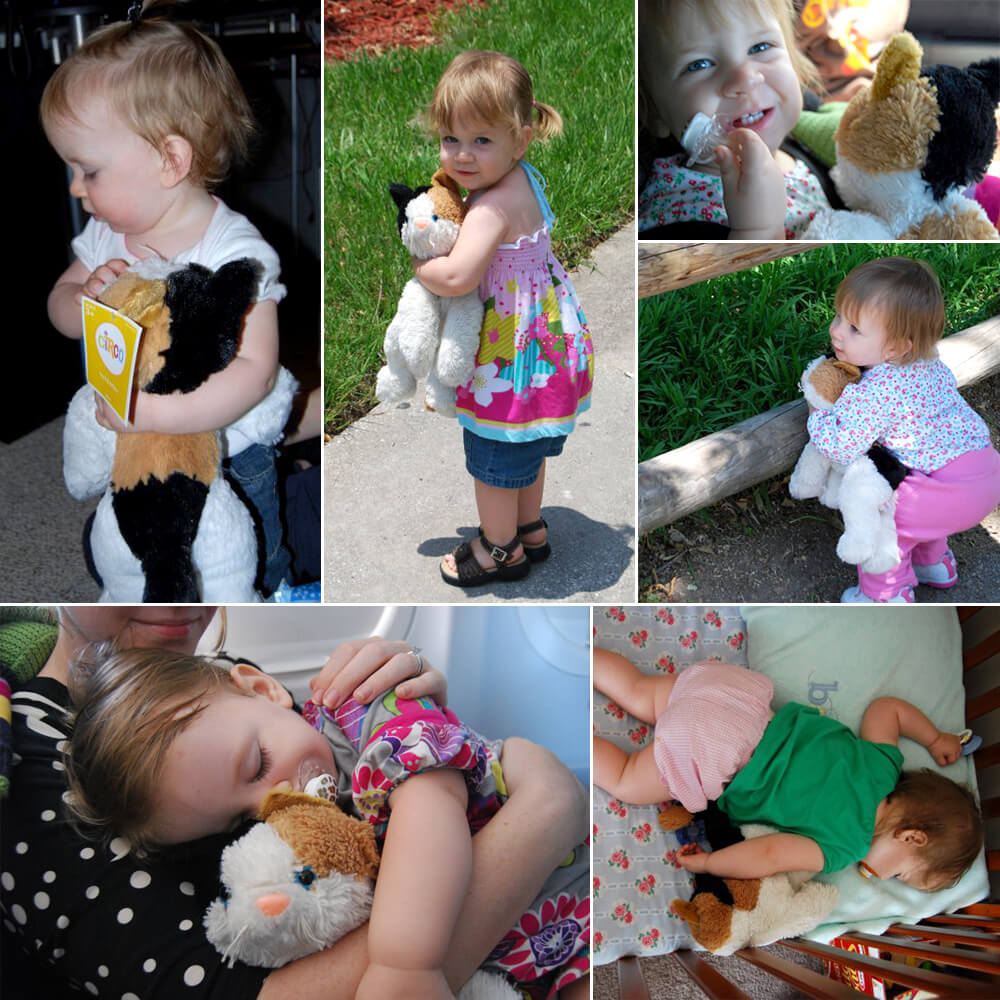 One day, a couple of years ago, I was looking through some old photos and I realized we hadn’t seen the cat in a long time. Sadly, we decided it must have gotten lost when we moved from FL to MO. And Juniper had plenty of other favorite toys at that point, so it’s not like it mattered all that much. I was definitely more upset about it than she was, because I had always thought we’d save that cat to give to her kids someday. But, like I said, she has plenty of other beloved stuffed animals we can hand down. 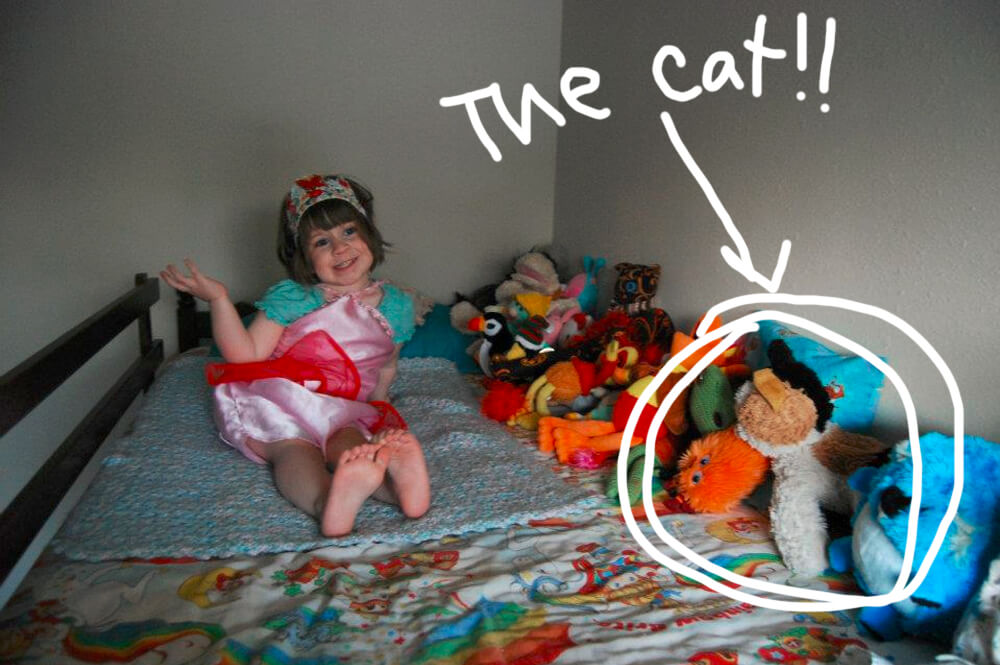 BUT THEN! The dang cat showed up in this picture!

You know how FaceBook has that “On This Day” feature, where they show you everything you’ve posted on that day throughout the years? Well, this photo of Juniper came up. She had cleaned her whole room all by herself and she was super proud of it. It was pretty funny because she had just been complaining about how she can’t possibly keep her own room clean. I showed her this picture to prove her wrong.

I was looking at it, thinking “awww, look how cute, she lined all her toys up… THE CAT!” (At this point, this story always makes me think of this sketch from Whose Line Is It Anyway, which is THE BEST SKETCH EVER.)

I was so sure that the cat had been lost in the move, that I was pretty shocked to find it in a picture that was taken at our new house. And now it is driving me crazy, because I have no idea what happened to the cat. It’s most likely lost forever, but… IT COULD STILL BE IN THIS HOUSE SOMEWHERE. And now I want to clean out our entire house to try and find it. Which could actually be a good thing…. because we definitely need to clean out this house. But that’s really beside the point. The point is this dang cat is driving me crazy, haha!

I had tried to find one online to replace it, but I’m having trouble finding one that is exactly the same. I found one that looks the same, but it says it’s 12 inches and this cat seems bigger than that? 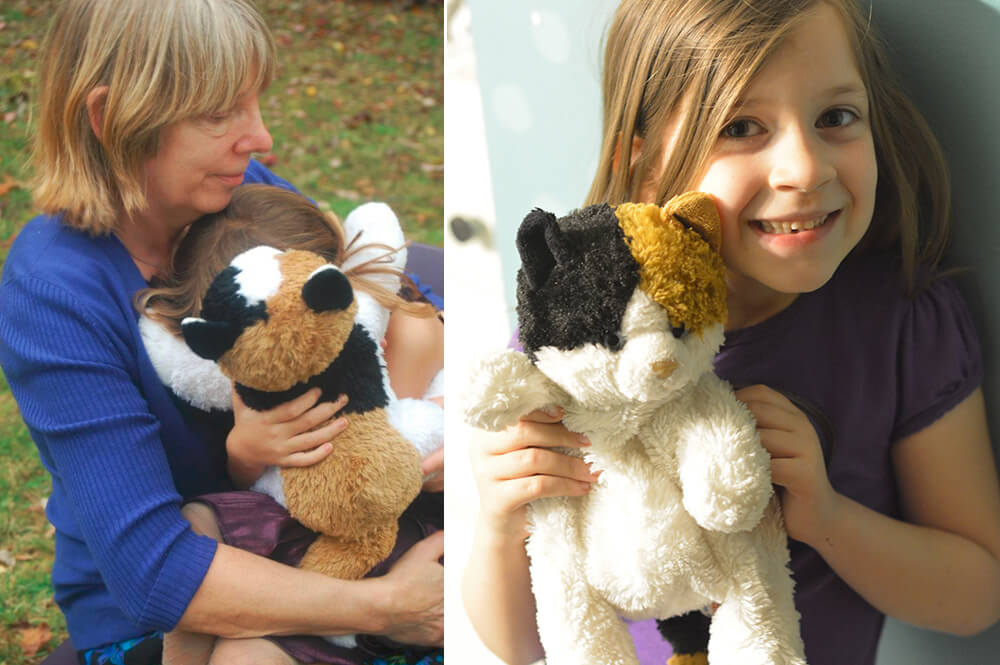 At one point we asked Julie if we had left it at her house, and she responded “Yes! We totally have it!” and then sent us the cat pictured above on the right. It’s not the cat, but it was crazy how close it was! It’s the same color, and even the same company, but is much smaller and is a bag. (There’s a zipper on the back.) Julie has no idea where it came from. There’s probably some other kid somewhere whose mom is obsessively looking for her kid’s lost stuffed cat bag.

Then my mom found the photo on the left and I had a short lived moment of excitement, until I realized that Juniper’s cat had a black tail… So apparently Juniper and her cousin Sienna had VERY similar stuffed cats, haha!