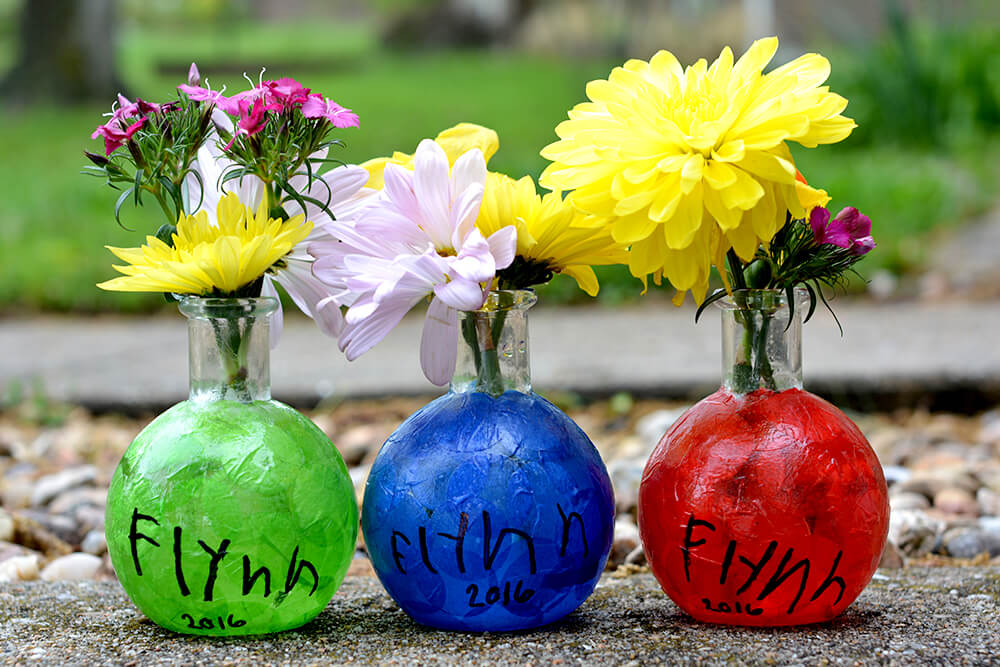 A few weeks ago, Flynn picked a bunch of dandelions for his teachers. When we got to class, one of his teachers said something about wishing she had a little vase to put them in. So we made them some little vases! The second Flynn saw these potion shaped bottles at the store, it was obvious what needed to be done. He’s been extra clingy on his teachers lately because he knows he’ll be moving up to kindergarten soon and he is not looking forward to it. He’s been with these amazing ladies for two years now and he adores them. He’s already sad because he doesn’t get to meet with his speech teacher anymore. That’s right! He “graduated” from speech therapy last week! It’s crazy to think about those days when he hardly spoke at all because now he doesn’t ever stop talking. EVER. So now instead of being worried that his kindergarten teacher won’t be able to understand him, I’m worried that he won’t ever be quiet in class. Haha!

Juniper also made some vases for her teachers. Hers were heart shaped because she IS my little clone after all. I wish I had remembered to take a picture of her vases. I snapped a quick one on my phone, but my phone’s camera is TERRIBLE. It’s so so bad.