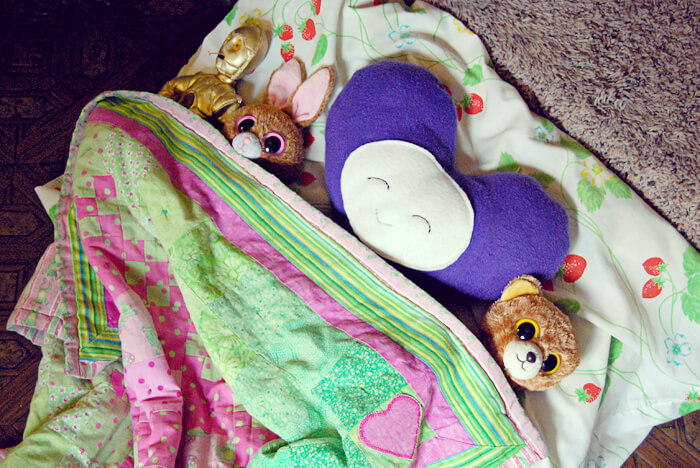 This is the first thing I saw when I got home from work last night.

“My butt is SO awesome for shutting freezers.” (We have one of those bottom pull-out freezers, and she obviously likes to shut it with her butt, ha)

“Stay in bed please.”
“I’ll think about it. I’ll probably choose the bad one.”

“Some boys don’t have hair. Some boys do. I saw a man with no hair, at Bonkers.”

“Ganondorf just told us to go to a show at his house.”

“There’s no gravity in under water, just like outer space.”

“There’s a church right there.”
“But that’s not the one we’re going to, there are lots of different churches all over the world.”
“Are there churches like… in outer space??”

“I had a dream. Well, it wasn’t a dream. It was a sleep movie. But I don’t remember what movie.”

(After staring very thoughtfully at her sandwich for a few minutes) “So… when bugs land on a flowers, they put something on that poinky thing and that makes honey??”

“Daddy. You have something on your head!”
Shaun reaches up and feels the top of his head.
“It’s hair.” (she says all nonchalant and just walks away)