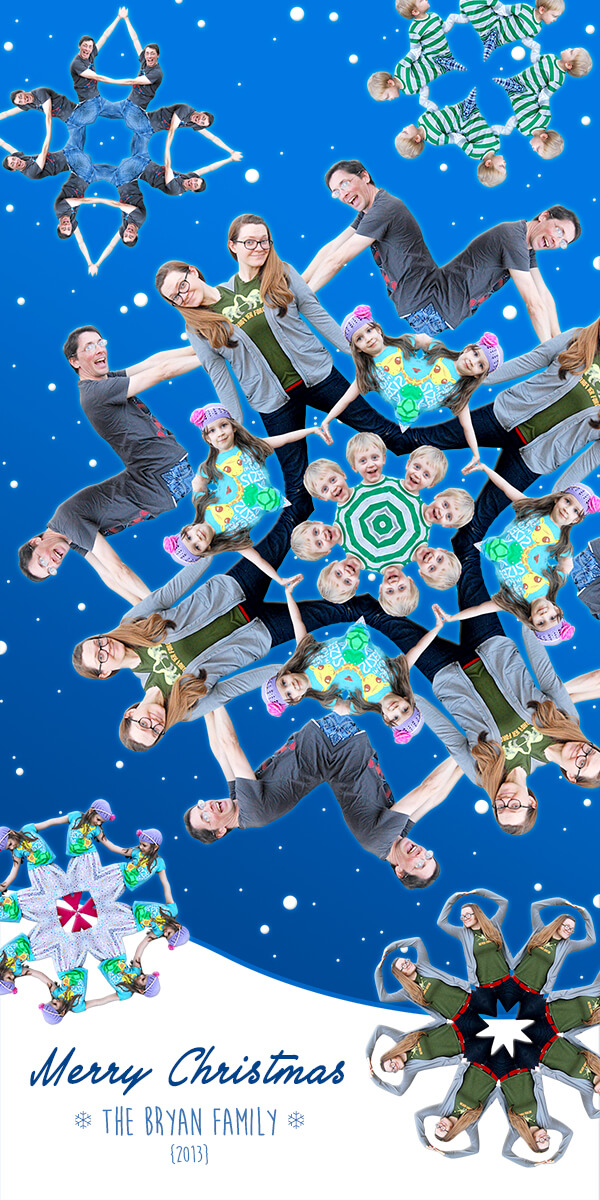 Well, we managed to do it! Here is our Christmas card for this year. I didn’t think we would be able to make one this year, because I have just been so so busy. But we came up with an idea (Ok, Shaun came up with an idea) and took photos this past weekend. I’m entering it in Chelsey’s Holiday Photo Challenge again. I don’t think our card is a prize winner (It’s not as good as last year’s card, but we’ve accepted that it never will be!), but I’ve got my fingers crossed for that Instax Mini. 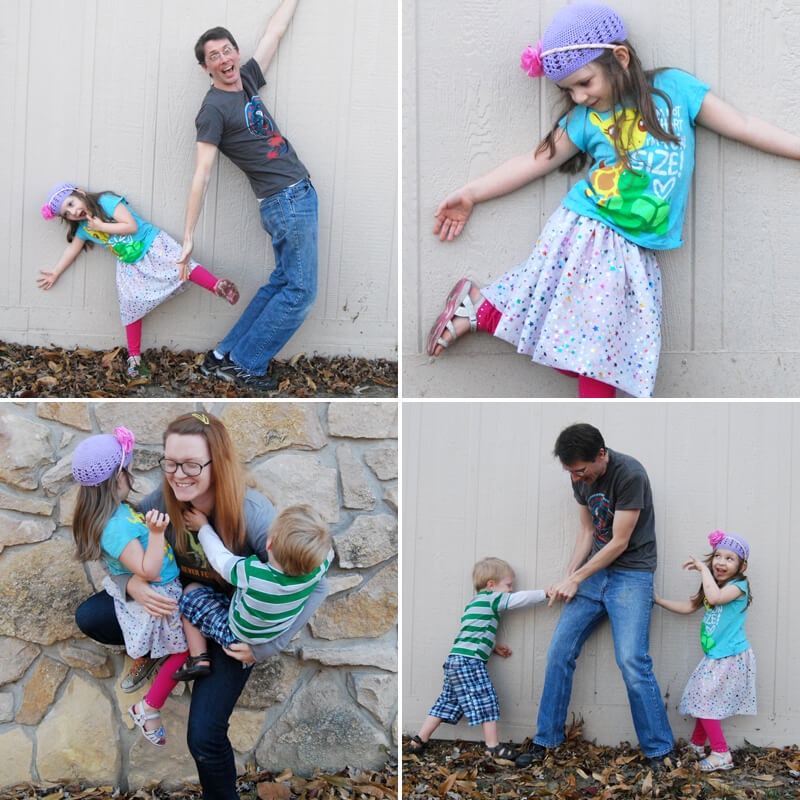 We had a fun little photo shoot in the back yard. Juniper was SUPER into the goofy posing, while Flynn was his typical ‘anti-photo’ self. Shaun had to sword fight him to get him to do anything other than stand there with a big frown on his face. It was such a pretty day! Any time you can wear a t-shirt outside in December it’s the best thing ever.

The card itself came together pretty quickly. The hardest part was choosing which pictures to use. Then it was just a matter of arranging them and adding a quick background. I love how it turned out. I am so glad Chelsey hosts this Holiday Photo Challenge because I would never have started making these cards. And I’m looking forward to coming up with new silly idea every year!